Life in the state capital is vibrant, it is varied and lively. And this liveliness expresses itself in a wide range of cultural offers, which includes theatre, art, literature and music in its different forms.

Every year international renowned ensembles come to Wiesbaden during the International May Theatre Festival and to other world-class events in the Hessian State Theatre.

But art and culture are also found outside these major venues. Variety shows, music and improvisational
theatre are offered at many different ocations which stand out because of their originality.

A high-quality and manifold range is provided due to the museums scene in Wiesbaden. For example Museum Wiesbaden has a number of important collections, including the most significant European collection by Russian painter Alexej von Jawlensky.

Also very attractive are the different local history museums in the Wiesbaden districts which hold artefacts of their history – such as the Heimatmuseum in Wiesbaden´s largest district of Biebrich. Besides a permanent exhibition on the history of the city district on the Rhine river banks and on the Dukedom of Nassau it offers a number of special exhibitions and slide shows as well as a considerable archive of pictures, books and written documents.

Art can be experienced in numerous galleries in Wiesbaden and in centrally-located exhibition venues. The spectrum is remarkable! The foyer of the representative Wiesbaden Town Hall is one of the sites, as is the equally centrally situated Kunsthaus, the Bellevue Hall, the Artothek and the art society Nassauischer Kunstverein.

For those with a thirst of knowledge – be it raging or modest – there are a range of libraries in Wiesbaden. Around 160,000 books and electronic media are held by the Stadtbibliothek Wiesbaden (city library) and the Hessische Landesbibliothek (Hessian state library) has a large stock of academic works. In the literature scene the “literature house” Villa Clementine is an outstanding venue for readings and lectures!

About the Art Library (Artothek) 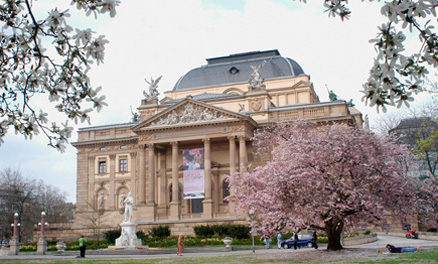