Cultural and Economic Centre in the Rhein-Main-Region

Wiesbaden has more to offer! Situated in one of Europe's strongest economic regions, this capital city of Hessen is the cultural and economic centre of attention in the western part of the Rhein-Main Region, an exclusive haven for fine stores and boutiques, an international trade show and conference city and the seat of important federal government agencies (such as the Federal Office of Statistics and the Federal Bureau of Criminal Investigation).

With an aboveaverage percentage of enterprises in the services sector nationwide, including a noteworthy conglomeration of consulting firms, insurance companies, as well as communications and media agencies, Wiesbaden is a pulsating location for the services industries in particular. Over 80 per cent of the workers covered by social security are employed in the tertiary sector, but many traditional industrial companies are also based here, together with ultramodern high-tech and IT businesses. 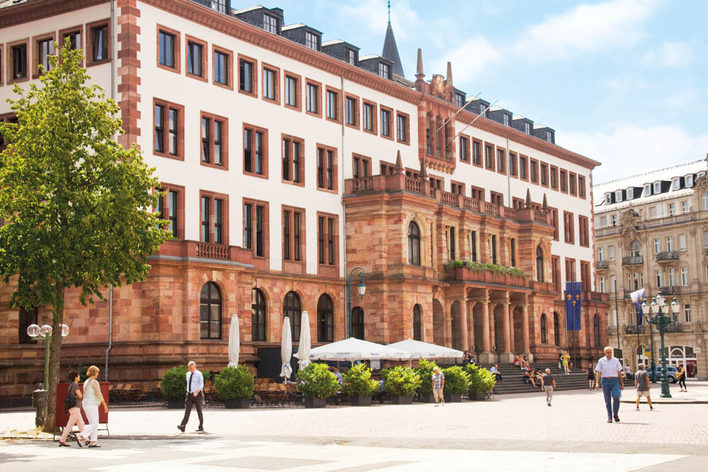