Virtually untouched by the destruction of two World Wars, Ghent is home to more than 9,800 culturally and historically significant landmarks.

Its “wonderful mix of magnificent past and modern, pulsating life” put Ghent in third place in the world ranking of the most authentic travel destinations compiled by National Geographic Traveller Magazine in 2008.

Most of the medieval and early modern buildings in Ghent survived the wars unscathed. The more than 9,800 culturally and historically significant buildings make any stroll through the capital of East Flanders a walk through history. Three towers – the Belfried, 95 metres tall (UNESCO Word Cultural Heritage Site), the tower of St. Bavo Cathedral, and the tower of St. Niklas Church – shape the city’s silhouette. Ghent has received numerous awards for its inventive illumination concept, which makes the downtown area at night especially delightful.

Ghent offers many impressive buildings that should definitely be included in every sightseeing tour, among them the Late Gothic Stadhuis, the Graslei and Korenlei near the old harbour canal, the gabled and guild houses, the old Post Office, and Gravensteen Castle, the only remaining Romanesque medieval castle in Flanders (twelfth century). The Cour St. Georges Hotel is considered to be the oldest hotel in Europe. The Old Law Courts and the Ghent Opera are considered masterpieces of Neo-Classical architecture. 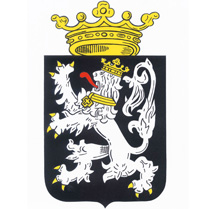 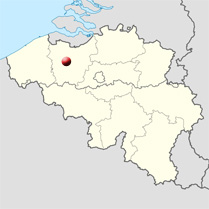