San Sebastián, with its 184,000 inhabitants, is considered the tourist capital of the Basque region and is famous for its exquisite Basque cuisine.

Donostia is the epicentre of Basque cuisine. Many of the most famous Basque chefs, like Mari Arzak, Martín Berasategui, or Pedro Subijana, own restaurants in or near the city. Not only the well-known restaurants of San Sebastián offer culinary highlights, Basque cuisine in general is very highly regarded. Donostia has the highest density of Michelin Stars per square kilometre of any place in the world, as well as the largest number of Star Chefs.

The drummers’ festival Tamborrada is celebrated every year on January 20th, the feast day of Saint Sebastian. At midnight, the master of the ceremony raises the flag of San Sebastián on the Plaza de Constitucion, and for the next 24 hours, the sound of drums fills the streets of the city. The Great Festival Week of Donostia “Semana Grande Donostiarra“ happens every year in August around the Feast of the Assumption of the Virgin Mary, and includes, among other attractions, an international pyrotechnics competition. Also part of the week-long festival are concerts, horse races, bull fights, and theatre performances.

On August 31st of each year, the city commemorates a devastating fire in 1813, when San Sebastián burned down to its foundations. The residents parade through the streets with candles after dark. The feast day Dia de Santo Tomás is celebrated on December 21st, when the Plaza de Constitución becomes the site of a traditional market offering pets, freshly slaughtered and prepared meats, and a lot of Sidra (apple cider).

Aside from cultural events, sports are also an important part of life in San Sebastián. Some popular competitions are the rowing races held on the first two days of September in San Sebastián’s cove (Bandera de la Concha). Rowing – like bull fighting – is a very popular sport along the Basque coast. 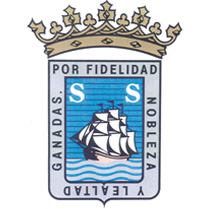 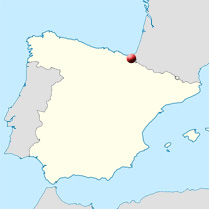