The Landeshaus was built between 1904 and 1907 as domicile of the Prussian Province of Hessen-Nassau (Administrative District of Wiesbaden). After being used by political units during the time of Nazism, it was taken over by the Americans in 1945.
Since 1953 the building houses the Hessian Ministery of Economics, Transport and State Development. 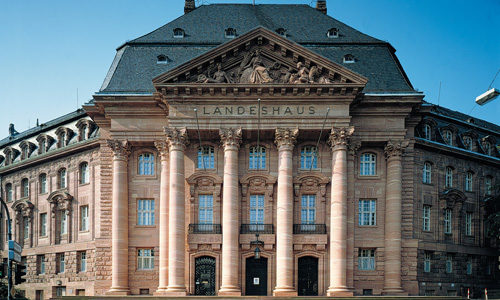