Diversity of Businesses and Industries

Wiesbaden is well-prepared for the future. This has been demonstrated once again by the Behrenberg city ranking in 2008: Out of a total of 30 German cities Wiesbaden ranks fourth considering the top chances for the future.

Experts describe Wiesbaden as a versatile city, because it has everything that is interesting – interesting not only with regard to the balance sheet ratios, but also with regard to the diversity of its businesses and industries. Some Wiesbaden companies are able to look back on a history of more than 100 years. Since 1886, the Statue of Liberty in New York has stood on a foundation made of the concrete produced by Dyckerhoff, the Wiesbaden-based construction materials company. Other products have also become internationally renowned: Automotive supplier Glyco Metall GmbH, which was founded in 1897 and has been integrated into the American Federal Mogul Group since 1990 (Federal-Mogul-Wiesbaden GmbH & Co. KG), became Europe's biggest supplier of sliding bearings in 1937 and the world's sole supplier of a complete range of multilayer composite products in 1982. In 2006, another sparkling product celebrated its 150th anniversary in Wiesbaden: Henkell Trocken, Germany's best-known brand of sparkling wine.

Economic Promotion Board of Wiesbaden - German only 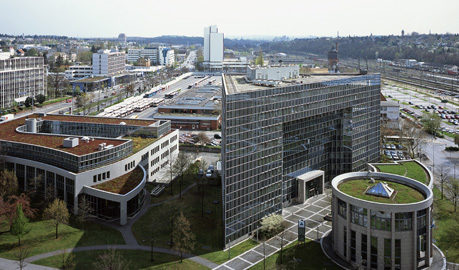