The Caligari FilmBühne is a very special municipal cinema in Wiesbaden.

A sophisticated programme is to be found in the unique atmosphere of the beautifully renovated Ufa-Filmpalast. The focus is on classic films, cult films and arthouse productions. Documentary films and short films are regularly presented. If possible, foreign films are shown in their original language with German subtitles. Every Saturday and Sunday, children's films are shown in the afternoon. Some of the highlights at the Caligari FilmBühne include the annual film festivals, such as "goEast – Festival of Central and Eastern European films" in April and the "exground filmfest" in November.

The Cultural Department of the City of Wiesbaden runs the Caligari FilmBühne. 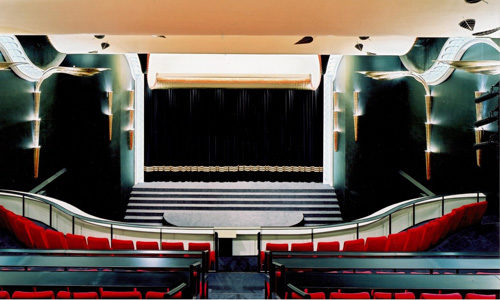